Recent Posts
Swipe to the right 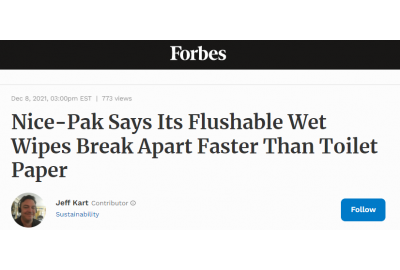 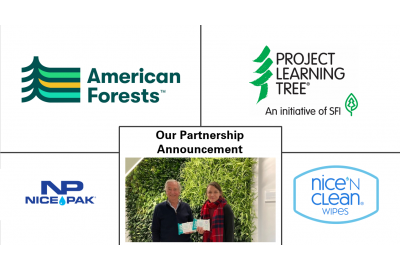 ORANGEBURG, NY, December 14, 2021 – Nice-Pak, the pioneer and leading producer of wet wipes for consumer markets, announced today it is joining forces with two leading non-profit organizations to further its commitment to environmental sustainability, education and improved health impacts. The unique collaboration brings Nice-Pak together with American Forests and the Sustainable Forestry Initiative’s flagship education program, Project Learning Tree. Together these experts in conservation, sustainable forestry and environmental education will help drive awareness that trees and forests are the best nature-based solution to climate change and for the vital role they play in improving health and protecting the planet for future generations. 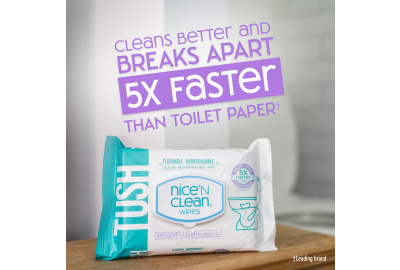 Nice-Pak Products, a pioneer and global leader in the manufacturing and distribution of pre-moistened wipes, today unveiled its new Nice ’N CLEAN® SecureFLUSH™ Technology Flushable Wipes, a breakthrough flushable* wet wipe that is strong and durable yet breaks apart five times faster than the leading brand of two-ply toilet paper.

Now available on Amazon, Nicencleanwipes.com and in many major retailers starting in the beginning of 2022, Nice ’N CLEAN® SecureFLUSH™ Technology Flushable Wipes are designed to provide an advanced level of security to help eliminate the fear of clogged plumbing.

Join us for an inside look at our Orangeburg Headquarters! 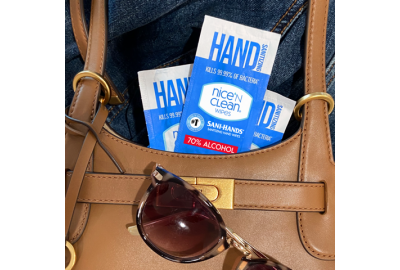 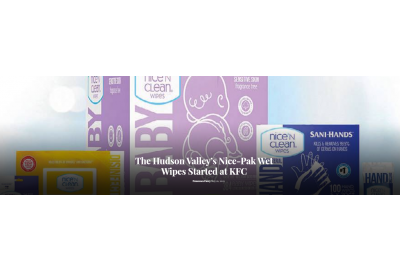 In 1957, Arthur Julius created the first Wet-Nap wipe in a 2,500-sq-ft loft in lower Manhattan. What began as a family-owned startup with just one converted food packet packaging machine and eight employees, would soon turn into an international wet wipe sensation.

Five years later, Julius’ company, Nice-Pak, went national with the Wet-Nap products. Concurrently, “Colonel” Harlan Sanders’ Kentucky Fried Chicken (KFC) was gaining traction — his “finger lickin’ good” slogan was booming. Julius saw the hygienic flaws in this motto, and suggested KFC lovers should clean up after gobbling up some drumsticks and thighs. And what better to use than the Wet-Nap? Sanders ordered thousands the very next day, kickstarting Nice-Pak’s presence in the restaurant industry. 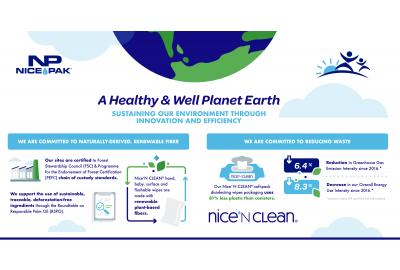 A Healthy and Well Planet Earth

On Earth Day 2021, we celebrate and thank our associates who continue to take action each day to sustain our environment through innovation and resource efficiency.
Read More
10 months ago 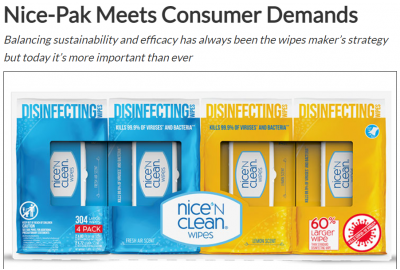 Nice-Pak Products has relaunched its Nice `N CLEAN® wipes brand.  Find out the steps the wipes manufacturer is taking to respond to changing customer demands and surgenig demand for wet wipes. --  from Nonwovens Industry Magazine 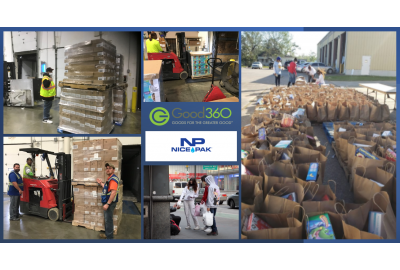 While Nice-Pak has always donated wipes to disaster relief, this past year has been like no other, and a partnership we started back in 2017 with Good360 just reached $1 million in fair market value for donations. This year's donations of wipes were needed by hurricane relief efforts as well as COVID-19 related hygiene. The Good360 partnership makes sure our wipe donations get to those who need them most.

Read the Blog Post from Good360 for more information on the importance of wet wipes in disaster recovery. 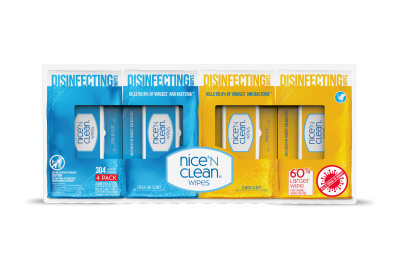